The Birth of His Holiness 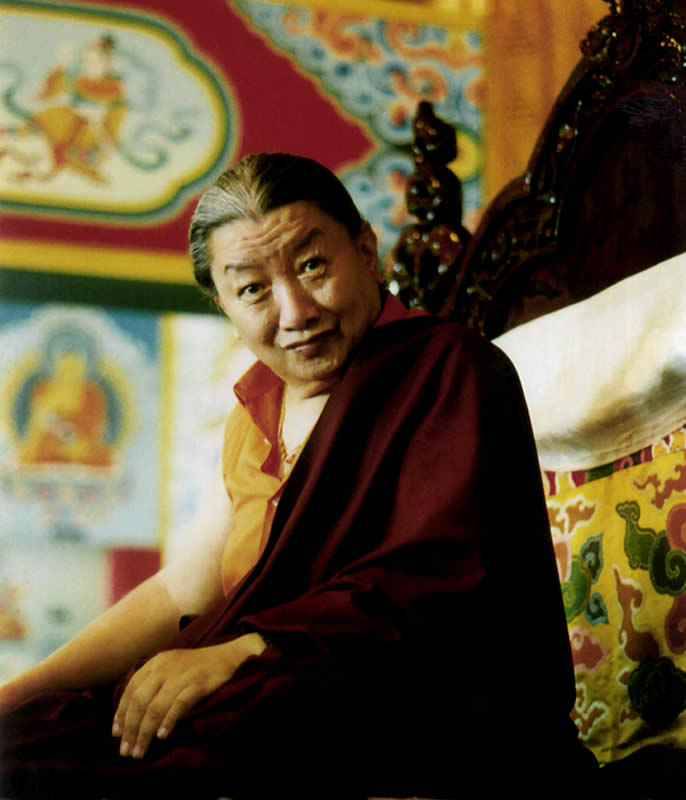 His Holiness received extensive teachings and empowerments from many exceptional Tibetan masters. Dzongsar Khyentse Chökyi Lodro, Sechen Kongtrul the great, Minling Chung Rinpoche, Minling Khen Rinpoche, Sechen Rabjam Rinpoche, Dordzin Namdrol Gyatso, Dordzin Dechen Choedzin and Gelong Kunzangla are some of the renowned masters with whom he studied. His Holiness’ root guru was Dzongsar Khyentse Chökyi Lodrö from whom he received the precious instructions on the Guhyagarbhatantra and its various commentaries. Dzongsar Khyentse Rinpoche proclaimed His Holiness as having greatly excelled in the understanding and practice of these precious teachings and instructed him to teach it eleven times to fortunate and worthy students in future.

After studying many years with great Tibetan Buddhist masters, Rinpoche spent more than 14 years in retreats, accomplishing many practices. Among wondrous signs he composed many teachings and discovered the terma of Jigten Wangchuk Pema Garwang, the Great Compassionate One.

The parinirvana of the 10th Mindrolling Trichen took place when Rinpoche was only seven years of age. During the years which followed, Rinpoche continued his studies and began fulfilling his responsibilities as the next throne holder. The Chinese invasion of Tibet in 1959 and its consequent circumstances obstructed his official enthronement. At the request of his sangha and family members, His Holiness Mindrolling Trichen escaped from Tibet at the age of 29.

Rinpoche spent some time in Bhutan and then traveled on to India. He met and lived with the great master His Holiness Dudjom Rinpoche, who had been a friend to the 10th Mindrolling Trichen.

Enthronement of the 11th Mindrolling Trichen

In 1962, His Holiness Dudjom Rinpoche and His Holiness Dilgo Khyentse Rinpoche performed the formal enthronement ceremony of His Holiness as the XIth Mindrolling Trichen in the presence of many renowned teachers and dignitaries at the Zangdok Palri Monastery in Kalimpong. In Kalimpong, while working closely with H.H. Dudjom Rinpoche, H.H. the 16th Karmapa, H.H. Dilgo Khyentse Rinpoche and others, Rinpoche actively participated in establishing the Dharma in India. He organized many great assemblies, initiations and teachings.

Establishment of Mindrolling Monastery in India

In 1976 Rinpoche moved to Dehra Dun, India and took his seat as the head of the Mindrolling Monastery in exile where he continued to benefit sentient beings by turning the wheel of Dharma. His presence in the world has inspired others to maintain the selfless and compassionate pure path. His efforts mostly concentrated on propagating the vision and advice of the great Dharma King Chögyal Terdag Lingpa to ensure the purity of the teachings and to maintain the samaya.

Renowned within the Tibetan community as an emanation of Padmasambhava, His Holiness the XIth Mindrolling Trichen has been revered and respected throughout the Buddhist world as a great Mahasiddha and one of the great accomplished masters of this century.

Trichen Dorje Chang, as he is known to many, lived with his family and the Mindrolling Sangha in Dehra Dun until his parinirvana.

The Parinirvana of His Holiness

At 7:00 in the evening of the 3rd day of the 1st month of Miracles in the year of the Earth Mouse (9 February 2008), without even the slightest discomfort, with a face even more radiant than before, and with a smiling countenance, His Holiness the 11th Mindrolling Trichen Rinpoche gazed lovingly at all those surrounding him. Then, with the aspect of resting, Kyabje Mindrolling Trichen Jurme Kunzang Wangyal displayed the final activity of transferring his enlightened intention to another realm, in order to turn the minds of those to be tamed towards the dharma.